Sonic OC/FC Wiki
Register
Don't have an account?
Sign In
Advertisement
in: Heroes, Mobian, OCs That Are Dating,
and 5 more

Chase is a Sonic FC created by Dragonite115.  He was created because due to the lack of OCs that were bisexual.

Chase is a purple anthromorphic hedgehog. He has yellow eyes and pink inside his ears.  He wears a red shirt and a cross necklace. His pants and shoes are black and his gloves are grey.

He is not afraid to walk up to people to make new friends.  He likes to just text or hang out with his friends. He is also not afraid to express his bisexuality to the world. If he sees someone who needs help, he will stop and help them. He will fight, only if it is to save someone. In other situations he will find some other way to solve the problem. If there is a fight among his friends he will try to solve the problem. He doesn't take anyone's side and he likes to hear both sides of the story. He hates yelling and usually doen't yell unless the fight gets out of hand. In school, he pays attention to the class and gets good grades.

His friends include Marc The Fox, Jhoseph The Leopard, Dan The Hedgehog, and Kai The Hedgehog. Together, they hang out at each other's houses and go to the mall.

Chase is bisexual and he is not afraid to express it. He is in a relationship with his boyfriend, Kai.  He loves him very much and talks to him a lot. They have been going out for almost a year and their love remains strong. Usually Chase will spend the night over at his boyfriend's house on the weekend. They will discuss about anything, and usually his boyfriend will tell jokes. 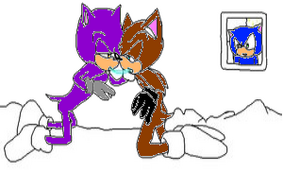 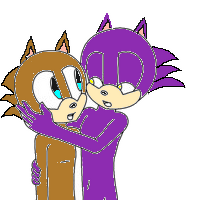