-Razzy at a government spy sent to kill him.

Razzy ラジー (raji) is an anthro Mischaker, the species created by RogueEmpire64. He is a favorite of hers and is very special to her.

Razzy is a faded blue mischaker with dark blue short hair and light blue eyes. His muzzle, his toes and the inside of his ears are cream. He has the mischaker tribal marking on his right shoulder blade and a tear-shaped tattoo on his right nipple; He has long black claws. He wears a blue and black striped hoodie with black jeans and blue shoes with skull heads. Under his hoodie, he wears a black T-Shirt with the logo of the fictional band "SxuLLz".

Razzy is a goofball at heart, and has a very twisted sense of humor. His outlook on the world is mixed, he loves to be creepy and enjoys scaring people every chance he gets. From being a Mischaker, he has unpredictable emotions and state of sanity; One moment he will be calm and emotionless, and the next, he will be extremely unhinged. Razzy is not afraid to be blunt with his feelings, and lets you know exactly what he thinks of you (even if how he states it might be harsh or hurtful). He is very enthusiastic about his favorite things, and gets really excitable about many topics he is interested in. As ecstatic and cheerful he may seem on the outside, Razzy suffers from depression and lack of self worth. He tries to hide this with his wacky personality.

Razzy was born on a stormy evening, during a violent outbreak caused by Hiro's father, who was outed as a dangerous individual and to be avoided. Razzy's mother tried her best to protect her three sons but had two taken away by force. Her oldest, JokER was sent to a human lab to be tested on, and Razzy was taken and turned into a slave for Hesper. Razzy was 15 when he was with Hesper; during this time, was beaten and verbally abused every single day, and was very close to dying. However, some time had passed (he had become 18 at this time) and a fellow Mischaker slave had found and obtained a portal key hidden by Hesper himself, and opened the portal, letting Razzy escape first. The portal led him into a town located in the center of Endolæt. As soon as he realized where he was, he was knocked out and shoved into a bag. Once he regained consciousness, he saw he was surrounded by scientists, and was about to be injected with a needle. They forced him down and put an experimental liquid into his arm, giving birth to a nightmarish new form. He trashed the lab and killed many of the scientists, and unintentionally saving Izrazz from getting injected. As he escaped the lab he traveled back to the town and ended up trashing it too. He had no control of his body, and made a crater in place where a building once stood. This enraged the people and, after turning back to normal, they banished him. They pushed him into a portal leading to Earth.

His life after that wasn't any better, as he had gotten into an abusive relationship with a girl named Christy. She was obsessed with him and would rarely let him have any time to himself, and in her bad moods would throw dishes, pans, knives, and anything else she could throw at him while verbally abusing him, telling him he was nothing without her if they broke up among other hurtful things.

He was terrified for his life while living with her, and from all of the verbal abuse from Hesper and Christy, he started to believe all the negative things they would say to him and thought it was his fault he was thrown in this mess. He broke up with her and escaped after 4 weeks of abuse. 2 months later, he ran into who would become his best friend and ally, Trevon. He took Razzy in and protected him from Christy; He soon reported her to the police and she was arrested, while doing time for multiple unrelated crimes. Razzy stayed with Trevon and his roommates for 3 years, befriending one of them.

As he was adjusting to life with his new roommates, Razzy would mostly hide in his room and would wake up crying almost every morning. It took him a long time to let someone hug him, and there were only a few people he allowed to embrace him. He told Trevon what had happened and he became overprotective of Razzy, not wanting anyone to hurt him any longer. Although he did get hurt quite a bit, Trevon would make sure they really regretted messing with his friend.

His friends, unaware of his past, wondered and were concerned by seeing him stare at the moon with utmost focus, with gloom in his eyes. As a child, his mother would watch the moon, telling him the kingdom would be under attack from a great threat. She believed he would be the one to protect it when he was older, since she could foresee the threat being in his future. He would look at the moon ritualistically, usually not aware he started doing it. He would occasionally have nightmares of the residents of the moon kingdom running and crying, some already gone lying on the ground. It would wake him up in a cold sweat, causing him to be petrified for a bit.

The battle on the moon

Shortly after several sleepless nights, the time had come for Razzy to aid the people of the moon kingdom. Hiro decided to target the moon in particular, since he had a burning enmity towards the Queen, from banishing him from the castle in the past for his unruly behavior and the murder of several of her servants after they scolded him for snooping around the Queen's chest of drawers for a forbidden item (a crystal necklace) only for use of royalty. He had stolen the necklace and would use the power to destroy the castle and kill her as revenge. Razzy, resentful every time he had to use it, transformed into his corrupt form and battled Hiro, successfully defeating him and returning the necklace to Her Majesty. Soon after he returned it, he passed out from all the energy the form absorbs from his body.

☀ Assist. He can whistle and summon creatures to help fight with him.

☀ MystiScope. He can see the aura of a person or mystical object.

☀ Tox-O-Wisp. Only usable in normal form. A wisp is shot at the opponent, making them poisoned.

☀ Nova Shot. Usable in all forms(excluding Imp form). He can shoot Stars from his palms.

☀ The Dog's Whistle. Only usable in Corrupt form. He opens his eyes and the area around him and his opponent vibrates violently as a painful high frequency sound is made.

☀ Stars Revenge. Only usable in Corrupt form. Stars rain down from the sky at high speeds, crashing into the ground.

☀ Hyper Meteor Burst. Only usable in Corrupt form. A burst of Galaxy and Mystical powers surge through his body, giving him a mega speed boost for a few minutes.

☀Clear Ribbon. PuR form exclusive. Several streams of translucent ribbons form around his body, spreading towards the ground. If any of them touch someone, they are healed from certain ailments.(The ribbons cannot revive a dead entity, or cure a serious injury like broken bones.)  

Light. "Halo Magik" and "Light Powder" are moderately effective against Razzy, but not as effective in his Corrupt form.

Poison. Razzy can be poisoned in his normal, Imp and PuR form, but cannot be effected at all in his Corrupt form.

Vocal. Some vocal attacks such as "Ominous Lullaby" can be effective against him. "Siren's Screams" Can make him have difficulty hearing for several minutes.

Mind Control. Razzy is easily possessed, and has been a victim on possession more then once. 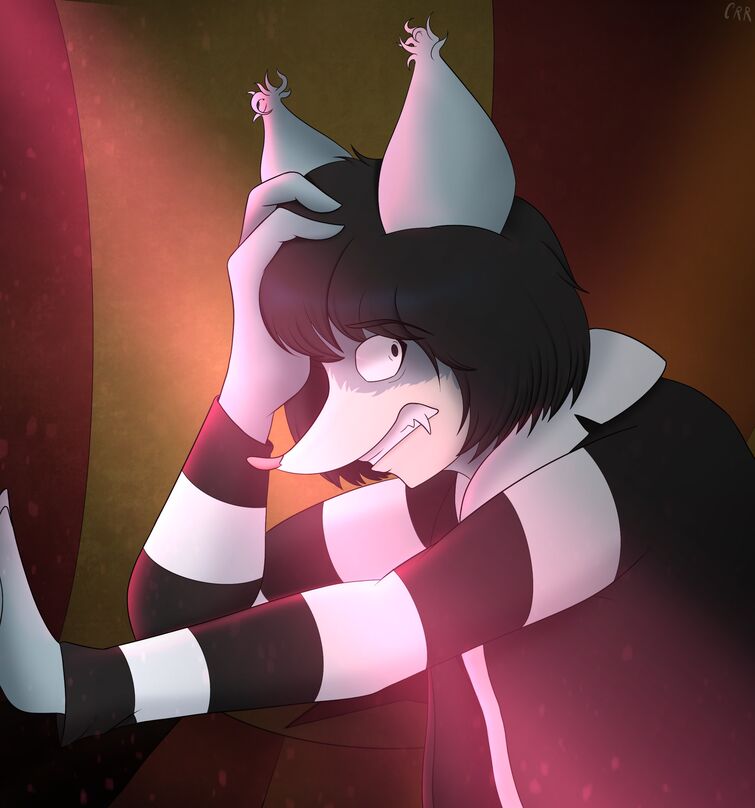